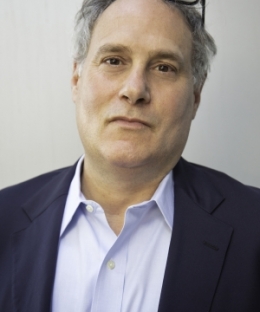 Lee Gelernt is a lawyer at the national office of the American Civil Liberties Union in New York and currently holds the positions of deputy director of the ACLU's Immigrants' Rights Project and director of the Project's Access to the Court's Program. He is an adjunct professor at Columbia Law School.

During the past 18 months, he has argued several groundbreaking challenges to Trump Administration policies and is currently litigating Ms. L v. ICE, a case involving the administration’s unprecedented practice of separating immigrant families at the border. In June 2018, a federal court in San Diego issued a nationwide injunction holding the practice unconstitutional and requiring the Administration to reunite the approximately 2,600 separated families. Gelernt also successfully argued Rodriguez v. Swartz, involving the fatal cross-border shooting of a Mexican teenager in Mexico by a U.S. border patrol officer firing from U.S. soil through the border fence in Nogales, Arizona. The Court of Appeals ruling in August 2018 in favor of the boy’s family was the first-ever federal court decision to hold that the Fourth Amendment applies extraterritorially.

Over his career, Gelernt has argued dozens of other notable civil rights cases at all levels of the federal court system, including in the United States Supreme Court and the Courts of Appeals for the First, Second, Third, Fourth, Fifth, Sixth, Eighth, Ninth, and Eleventh Circuits. He has also testified as an expert before the United States Senate.  Gelernt has received numerous honors for his work over the years, and last year was recognized by Lawdragon as one of the 500 leading lawyers in the country in any field.  In addition, he is a frequent guest speaker around the country and regularly appears in the national and international media. In July 2018, Gelernt’s work was featured prominently in a New York Times magazine cover story about the ACLU.

Gelernt earned his J.D. from Columbia Law School in 1988, where he was a notes and comments editor of the Columbia Law Review. He received his M.Sc from the London School of Economics.