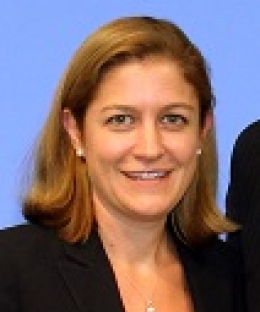 Kristin Mace is the Chief of the Criminal Division in the United States Attorney’s Office for the Eastern District of New York where she supervises the work of approximately 115 Assistant U.S. Attorneys.  Prior to becoming Chief, Kristin worked on several significant prosecutions, including those arising from the FIFA investigation, which broke new ground in combating a culture of corruption at the highest levels of organized soccer with criminal charges against over 50 individual and corporate defendants from more than 20 countries.  In a six-week trial in 2017, Kristin and her colleagues convicted two high-ranking officials of racketeering conspiracy and other bribery-related crimes.  Prior to joining the Office, Kristin clerked for the Honorable Virginia A. Phillips in the Central District of California and the Honorable Joel M. Flaum on the Seventh Circuit Court of Appeals before working for more than five years in the New York, Chicago and Geneva, Switzerland offices of Winston & Strawn LLP.  Kristin graduated cum laude from Northwestern University School of law in 2003 after receiving her B.A. from Oberlin College in 1996.