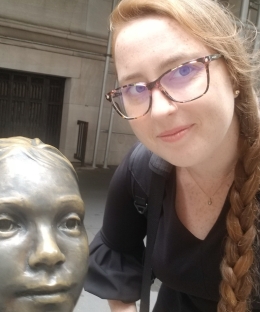 After graduating from Wellesley College with a B.A. in Women’s and Gender Studies, a concentration in Intersectionality, and a minor in Psychology, Kristen worked as a counselor for teenagers with trauma histories. She then attended Columbia Law School and practiced commercial litigation at a large law firm while co-coordinating the office's pro bono program.

Kristen is also a trained mediator and has mediated disputes between community members, assisted the Pokagon Band of Potawatomi Indians in developing a Native Peacemaking program as an alternative to its tribal court, and organized conflict resolution trainings for ambassadors in Japan and diplomats at the United Nations.