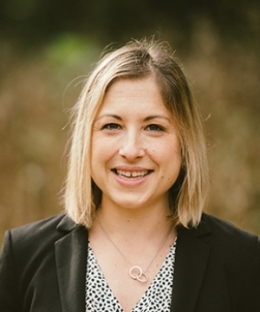 Kira Antell is a senior counsel in the Office of Legal Policy at the U.S. Department of Justice where she develops policy initiatives informed by empirical evidence, component perspectives, and external policy considerations. From 2008 to 2013 she was at the U.S. Sentencing Commission, an independent bi-partisan agency in the judicial branch. At the Commission, she advocated in formal and informal communication with members of Congress and congressional staff on implementation of legislation, changes to federal sentencing policy, and criminal law development.
Kira Antell received her J.D. from Boston University School of Law, magna cum laude, and her B.A. from the State University of New York at Binghamton. She earned a master’s degree in criminology and criminal justice from the University of Maryland after beginning her practice of law and brings an inter-disciplinary and research-based focus to policy-making.