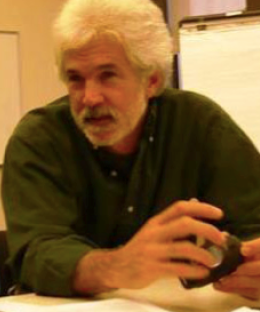 Dr. Kim Hopper is a medical anthropologist and Professor Clinical Sociomedical Sciences at Columbia’s Mailman School of Public Health. He retired as a research scientist from the Nathan S. Kline Institute for Psychiatric Research in 2015, where he co-directed the Center for the Study of Issues in Public Mental Health. For the past 15 years, he has also taught in the Bard Prison Initiative.

Hopper is author of Reckoning with Homelessness, Cornell University Press, 2003, a stock-taking of two decades of research, advocacy, and theoretical work in that field, and co-editor of the Recovery from Schizophrenia: An International Perspective, Psychosocial Press, 2007.

Since 1979, Hopper has done ethnographic and historical research on psychiatric care and on homelessness, chiefly in New York City. Active in homeless advocacy efforts since 1980, he co-founded the Coalition for the Homeless in New York, and served as president of the National Coalition for the Homeless from 1991 to 1993. His current research interests include the reconfiguration of public mental health, cross-cultural studies of psychotic disorder, community-based collaborative public health, public policy toward homelessness, and prison health.

He earned his Ph.D. from Columbia University in 1987.