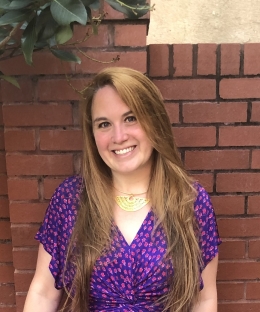 Kelsey Jost-Creegan is a Supervising Staff Attorney, Associate Research Scholar, and Lecturer in Law at the Human Rights Clinic, where she directs the Extractive Industries and Social Movements Project. Previously, she was a staff attorney at EarthRights International, where she worked on civil tort litigation for transnational corporate accountability. She worked cases such as on Doe v. Chiquita Brands, International, a case against Chiquita for financing the Autodefensas Unidas de Colombia paramilitary group in Colombia. In addition, she designed and implemented strategies of accompaniment, advocacy, and protection in support of land and environmental defenders facing persecution. Previously, Kelsey was a member of the litigation team on Mamani v. Sánchez de Lozada & Sánchez Berzaín, a suit against the former President and Minister of Defense of Bolivia that resulted in the first civil jury trial against a former head of state and a $10 million jury verdict for plaintiffs.

Kelsey’s advocacy work focuses on corporate and International Financial Institution accountability; violence against social movements and human rights defenders and the impact of that violence on freedom of expression and freedom of assembly; state violence, militarization, and paramilitarization; the rights of ethnic and campesino communities; transitional justice; and climate and environmental justice. She is particularly interested in the incorporation of participatory and critical methodologies into human rights work. Her research focuses on mapping the political ecology and legal geography of extractive enclaves in Latin America and understanding the root causes of violence against land, environmental, and climate defenders and movements. Kelsey is fluent in Spanish and has working proficiency in Portuguese and French. She received her B.A. in Global Studies and Romance Languages from the University of North Carolina at Chapel Hill, where she was a Morehead Cain Scholar, and her Juris Doctor cum laude from Harvard Law School. During her law studies she also spent a semester at the Universidad de los Andes in Bogotá, Colombia. She is admitted to practice in the District of Columbia.