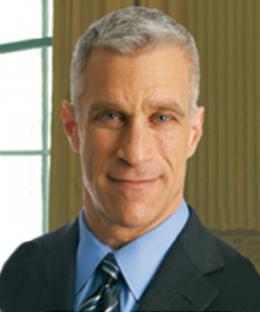 An expert on contracts and commercial law, Kraus is the co-author of a leading contracts casebook, Contract Law and Theory (fifth edition), and has published extensively in both law reviews and peer-reviewed journals. He has testified as an expert on contracts and the Uniform Commercial Code in both U.S. and foreign disputes, regularly consults on these subjects for attorneys around the world, has served as an expert in both U.S. trials and arbitrations and foreign trials and as co-counsel in U.S. appellate litigation and arbitration, and regularly lectures and consults for American and foreign attorneys. Recently, Kraus served as lead counsel for appellant in Trina Solar US, Inc. v. Jasmin Solar Pty Ltd (S.D.N.Y. 2017) in a successful appeal before the U.S. Court of Appeals for the Second Circuit, reversing the District Court’s confirmation of an arbitration award and dismissing the case against appellant. Kraus is a lifetime member of the American Law Institute and a member of the bars of New York, Virginia, the U.S. District Court for the Southern District of New York, and the U.S. Court of Appeals for the Second Circuit. Kraus teaches introductory and advanced contracts, the Uniform Commercial Code, creditors' rights, and suretyship, as well as courses on the philosophy of contract w, legal theory, political philosophy, and philosophy of law.

Kraus’s scholarship focuses on the relationship between moral and economic theories of law in general, with particular emphasis on contract law. Recently, Kraus co-authored, with Robert Scott, The Case Against Equity in American Contract Law (93 Southern California Law Review 1323 (2020)).

When Kraus joined the Law School faculty, in 2012, he was also named a Columbia University professor of philosophy. He teaches introductory and advanced contracts courses and is on the faculty of the new Columbia Law School Executive LL.M. in Global Business Law program. Kraus has also served as the area organizer for the contracts and commercial law section of the American Law and Economics Association.