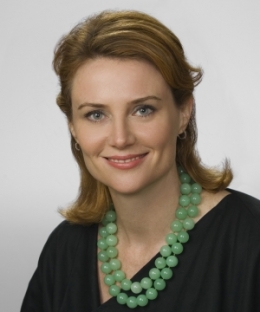 Jennifer Thornton is Trade Counsel to the Republican Members of the Committee on Ways and Means in the United States House of Representatives.  In this capacity, she advises Committee Ranking Member Kevin Brady (R-TX) and Trade Subcommittee Ranking Member Adrian Smith (R-NE) on a broad portfolio of international trade issues, including our trade relationship with the European Union, China, and Africa; the implementation of the WTO Agreements and recent U.S. free trade agreements, including USMCA; and all digital trade, investment, and services issues.

Prior to her tenure on the Committee, Ms. Thornton spent ten years at the United States Department of State and in the Office of the United States Trade Representative litigating international investment disputes and negotiating international investment agreements.  From 2014 to 2017, she served as Senior Policy Advisor and Counsel to Deputy United States Trade Representative, Ambassador Robert W. Holleyman II, and managed the full range of policy issues in the Ambassador’s portfolio, including all China trade and investment matters.  For ten years prior and subsequent to her government service, Ms. Thornton practiced law in New York and Washington D.C. representing both corporate and sovereign clients in international arbitration and investment disputes.

Ms. Thornton holds a Juris Doctor from the University of Chicago Law School, a Master of Philosophy from Cambridge University, and a Bachelor of Arts from Wellesley College.