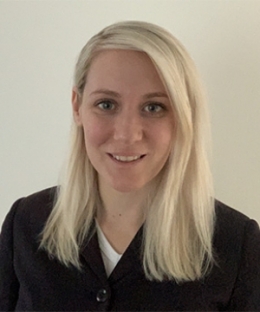 Jennifer is an Assistant District Attorney in the Domestic Violence Bureau of the Queens District Attorney’s Office. She has served as an Assistant District Attorney since 2015. She has prosecuted both misdemeanor and felony charges at all stages of the criminal case, from arraignments through hearings and trials. Prior to joining the Queens District Attorney’s Office, she taught in the Boston Public School System from 2008-2012. Jennifer earned her J.D. from Syracuse College of Law, where she received the Robert W. Miller trial advocacy award and the New York State Bar Association Tiffany Cup award for trial advocacy. She earned her B.A. at Southern Methodist University.