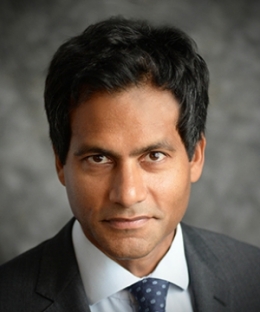 Jameel Jaffer is the executive director of the Knight First Amendment Institute at Columbia University. Prior to joining the Knight Institute, he was deputy legal director at the American Civil Liberties Union and director of the ACLU’s Center for Democracy, where he oversaw the ACLU’s work relating to free speech, privacy, technology, national security, and international human rights.

Jaffer has litigated some of the most significant post-9/11 cases relating to national security and civil liberties. He co-led the litigation that resulted in the publication of the Bush administration’s “torture memos” – a lawsuit the New York Times described as “among the most successful in the history of public disclosure.” More recently, he led the ACLU’s litigation that resulted in the publication of the Obama administration’s “drone memos.” He has argued in multiple appeals courts, as well as in the U.S. Supreme Court, and has testified many times before the U.S. Congress. He is a graduate of Williams College, Cambridge University, and Harvard Law School.