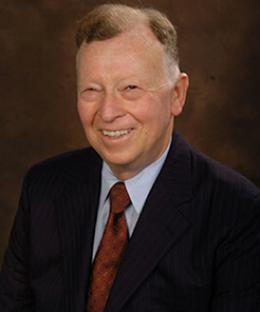 Columbia Law School Professor Harvey J. Goldschmid ’65, a renowned corporate governance expert who served as a commissioner and the top attorney at the U.S. Securities and Exchange Commission, and played a key role in implementing one of the most sweeping federal securities laws in U.S. history, died on Feb. 12, 2015. He was 74.

A two-time winner of the Law School’s top teaching prize, Goldschmid described his classroom philosophy in a 2013 interview with the S.E.C. Historical Society, explaining that for him the most important part of teaching was "to think about not only what the law is, which students need to know, but what it ought to be."

In addition to being a beloved professor and mentor to generations of Columbia Law School students, Goldschmid was a dedicated public servant. He served as general counsel of the S.E.C. from 1998 to 1999, as special senior adviser to then Chairman Arthur Levitt in 2000, and as a commissioner for the agency from 2002 to 2005. In 1999, he received the Chairman’s Award for Excellence.

Goldschmid, a Democrat, was appointed as a S.E.C. commissioner by President George W. Bush. His term began just after the president signed the Sarbanes-Oxley Act, a law passed in the wake of the Enron and WorldCom collapses that aimed to improve the quality of corporate financial reporting. Goldschmid served during some of the most tumultuous times in the agency’s history, as regulators and legislators called for stricter controls for public companies.

Goldschmid was a strong advocate for shareholders and defended the agency’s efforts to curtail corporate fraud, including through the Sarbanes-Oxley Act. 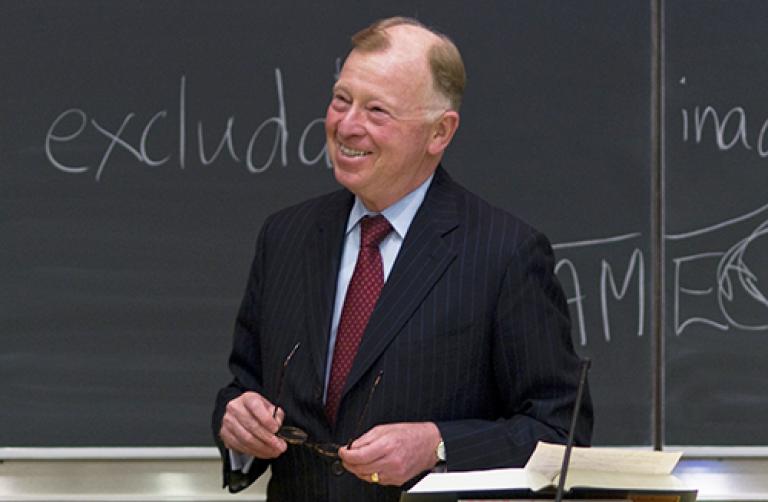 After he left the S.E.C. for the second time, Goldschmid returned to Columbia Law School, where he taught antitrust and trade regulation, a seminar in nonprofit institutions, and corporate and securities law. He was frequently called upon by journalists to provide analysis of financial regulation, including most recently in a story for Bloomberg Business about the Public Company Accounting Oversight Board’s plans to require public companies to identify auditors by name.

A New York native, Goldschmid was born into a working-class family in the Bronx in 1940. His father was a furrier and a postal worker. In the S.E.C. Historical Society interview, Goldschmid said he knew he wanted to be a lawyer from the time he was 12-years-old, although there were no lawyers in his family. In testimony before the U.S. Senate Committee on Banking, Housing, and Urban Affairs during his S.E.C. confirmation process in 2002, Goldschmid spoke about his family and their influence on him.

“My parents believed in our financial markets, and, because of Social Security and their investments, retired to a relatively comfortable life in Florida,” he said. “Our nation, as this Committee has indicated, is now witnessing the most dramatic business scandals that have occurred during my professional life. On a very personal level, I feel the pain of the retirees and the investors whose futures have been jeopardized.”

Goldschmid also told the committee he would draw inspiration as a commissioner from William L. Cary, a former chairman of the S.E.C and Goldschmid’s professor and colleague at Columbia Law School. Cary previously held the Dwight Professor of Law title.

Even after his time at the agency, Goldschmid remained an influential voice in economic policy. After the Great Recession, he advocated strongly for the creation of a systemic risk agency—separate from existing regulatory bodies—that would have far-reaching authority in the financial sector. In 2012, he and fellow Columbia Law School alumnus Ira M. Millstein ’49 were named to the resulting body, the Systemic Risk Council. Goldschmid and Millstein worked closely together on many projects, including the creation of rules on shareholder resolutions for S.E.C. Chairman Levitt in the late 1990s. Goldschmid served as an advisory board member of the Millstein Center for Corporate Governance, as well.

Goldschmid, who served as counsel to Weil, Gotshal & Manges, was a prolific writer and authored numerous publications on corporate, securities, and antitrust law, including Cases and Materials on Trade Regulation. In addition, he served as a consultant on antitrust policy to the Federal Trade Commission, as a member of the Federal Trade Commission's Task Force on High Tech/Innovation Issues, as a public governor and chair of the Regulatory Policy Committee of the Financial Industry Regulatory Authority (FINRA), as a trustee of the International Financial Reporting Standards (IFRS) Foundation, as a director of the National Center on Philanthropy and the Law, as a director of Transparency International-USA, and as a vice chair of the Center for Audit Quality.

After graduating from law school, Goldschmid clerked for former Columbia Law School professor Judge Paul Hays ’33 of the U.S. Court of Appeals for the 2nd Circuit. He also practiced law at Debevoise & Plimpton.

Goldschmid was revered as a professor and colleague and helped raise the Law School’s profile as a leader in corporate law. In 1975, he took part in founding the Center for Law and Economic Studies, which was created to develop interdisciplinary research and teaching programs that would shed new light on fundamental economic and legal problems in modern society. In 2004, he received the Lawrence A. Wien Prize for Social Responsibility for his commitment to pro bono activities and community service. He was a recipient of the Willis L.M. Reese Prize for Excellence in Teaching in 1996 and 1997.