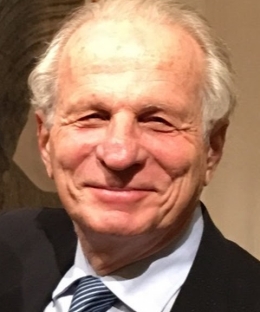 Recognized as one of the foremost scholars in the United States in the fields of comparative and international criminal law, George P. Fletcher joined the faculty in 1983. He teaches courses that explore the jurisprudence of war, the Bible, crime, and victims’ rights.

Fletcher has written more than 150 law review articles, including the oft-cited “Fairness and Utility in Tort Theory.” He has also written a Supreme Court amicus brief, for Hamdan v. Rumsfield in which he argued that a post-9/11 prisoner at Guantanamo who was charged with conspiracy should be tried in federal criminal court and not by a military commission. Fletcher’s argument was credited with shaping the majority opinion by Justice John Paul Stevens, which struck down the military tribunals used during the so-called War on Terror.

Fletcher’s 20 books include a memoir, a novel, and scholarly tomes. They include Tort Liability for Human Rights Abuses, which discusses tort liability in international cases; Defending Humanity: When Force is Justified and Why, which explores the analogies between self-defense in domestic and international law; and The Grammar of Criminal Law: American, Comparative and International, which probes the basic structure and language of diverse systems of criminal punishment. He has also written dozens of op-ed pieces and longer articles for The New York Times, The New Republic, The New York Review of Books, and The Washington Post.

Conversant in seven foreign languages, Fletcher has lectured and conducted media interviews in Russian, French, German, Hebrew, Spanish, Hungarian, and Italian. He is the only scholar writing in English to be cited by the International Criminal Court. He received the Silvio Sandano International Award for human rights in a ceremony at the Senate of the Italian Republic in 2015. He is a member of the American Academy of Arts & Science. 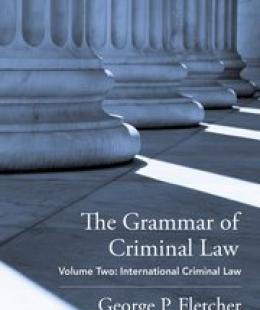 To understand the international legal order in the field of criminal law, we need to ask three elementary questions: What is international law? What is criminal law? And what happens to these two fields when they are joined together?

Volume Two of The Grammar of Criminal Law sets out to answer these questions through a series of 12 dichotomies—such as law vs. justice, intention vs. negligence, and causation vs. background events—that invite the reader to better understand the jurisprudential foundations of international criminal law.