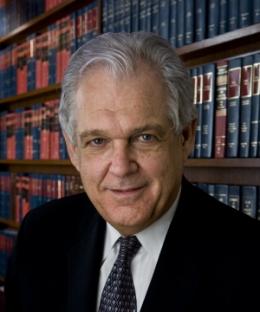 The director of the Center for International Commercial & Investment Arbitration at Columbia Law School, George A. Bermann ’75 LL.M. is a world-renowned authority on comparative law, EU law, international trade contracts, WTO dispute resolution, and transnational litigation and arbitration. For more than four decades, he has been an active international arbitrator in commercial and investment disputes in all sectors, including general commercial contract, construction, intellectual property, energy, oil and gas, competition law, insurance, telecommunications, pharmaceuticals, distributorship and franchising, transportation, and employment. He also serves regularly as an expert witness before international arbitral tribunals as well as before courts in arbitral-related cases.

Bermann joined the Columbia Law School faculty in 1975. He founded both the Columbia Journal of European Law and the European Legal Studies Center, where he serves as the director. In addition to teaching full-time at the Law School, he is an affiliated faculty member of the School of Law of Sciences Po in Paris and the MIDS Masters Program in International Dispute Settlement in Geneva.

Bermann was the chief reporter for the American Law Institute (ALI) for its Restatement of the Law, The U.S. Law of International Commercial and Investor-State Arbitration, a 12-year project that was completed in 2019; it was the first ALI Restatement on this area of the law. Bermann is also co-author of the UNCITRAL Guide to the New York Convention on the Recognition and Enforcement of Foreign Arbitral Awards, chair of the Global Advisory Board of the New York International Arbitration Center (NYIAC), co-editor in chief of the American Review of International Arbitration, and founding member of the governing body of the ICC Court of Arbitration and a member of its standing committee.