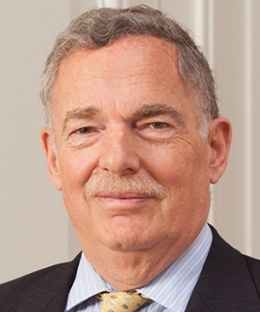 Frederick T. Davis is a former federal prosecutor and member of the Bars of New York and of Paris. His practice has focused on multi-jurisdictional criminal investigations.  He teaches and writes extensively on comparative and cross-border criminal matters.

Cambridge University Press has published his book American Criminal Justice: An Introduction (2019), which provides an overview and evaluation of US criminal procedures, noting important ways in which those procedures differ from those applied in many other parts of the world.  Davis is also the author or co-author of several book chapters, including “Financial Crime in France” in Practical Law (2020), and “France” in The International Investigations Review (2020), as well as a new chapter in the same book on “Managing the Challenges of Multijurisdictional Criminal Investigations.”  In April 2022 the Columbia Journal of Transnational Law published his comparative analysis of judicial review of corporate deferred prosecution agreements, which has been republished in France and Germany.  He is a frequent contributor to blogs such as The Global Anticorruption Blog (Harvard), the Program on Corporate Compliance and Enforcement (NYU), and the International Enforcement Law Reporter.  He has published several scholarly articles in English and French on issues relating to cross-border and comparative criminal procedures, taught one semester as the Nomura Lecturer on International Law at Harvard Law School, and is a frequent lecturer at the Ecole Nationale de la Magistrature and at Paris 2 in France. He served as advisor to the Prosecutors at the International Criminal Court and the International Criminal Tribunal for Rwanda, and participated as counsel for victims in the trial of Chadian ex-dictator Hissène Habré in Dakar, Senegal, for international human rights violations.  He appears frequently on national TV in France to address issues related to American and international criminal justice.  For a list of his publications and further information about his practice, see https://freddavisnylaw.com/

Davis was an assistant U.S. attorney in the Southern District of New York from 1974 to 1978, where he served as Chief Appellate Attorney. He was law clerk to Honorable Henry J. Friendly, Chief Judge of the Second Circuit Court of Appeals, and to Supreme Court Justice Potter Stewart.

Davis received his J.D. from Columbia Law School in 1972, where he was the writing and research editor of the Columbia Law Review. He earned his B.A. from Harvard University in 1967. He is a Life Member of the American Law Institute and an elected Fellow of the American College of Trial Lawyers and of the International Academy of Financial Crime Litigators, and the French Government has named him a “chevalier” of the National Order of Merit of France.  He is a past co-chair of the Business Crime Committee of the International Bar Association, and currently serves as a member of the Board of Directors of the Columbia Journal of Transnational Law.