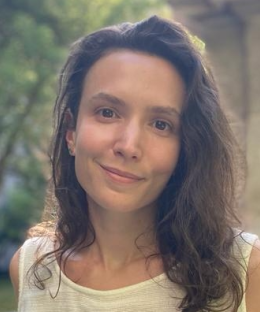 Emily Chertoff is an Academic Fellow at Columbia Law School. Her current work examines how our legal system and administrative state react to, metabolize, and generate emergencies and “exceptions” to ordinary law and legal norms. Her research focuses on the immigration and criminal justice systems.

Emily received her B.A. magna cum laude from Harvard University and her J.D. from Yale Law School, where she was an editor of the Yale Law Journal and the recipient of the Jerome Sayles Hess Prize for best student in the area of international law. Before joining Columbia, she served as the first Executive Director of a state-level advocacy organization in New Jersey. During her tenure, Emily’s organization and partners successfully advocated for and worked to establish the second state-funded child immigrant representation program in the United States. Emily previously represented detained immigrants in immigration court, federal district court, and the Ninth Circuit. In this role, she worked on early efforts to free detained clients through emergency habeas corpus petitions at the onset of the COVID-19 pandemic.

In addition to her academic work, Emily has previously written for a general audience in the Atlantic, Foreign Policy, Lawfare, and other publications.