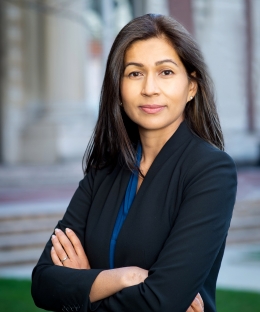 A globally recognized advocate, practitioner, and voice for immigrants, asylum seekers, and unaccompanied migrant children, Elora Mukherjee is the director of the Immigrants’ Rights Clinic at Columbia Law School. Since founding the clinic in 2014, she and her students have traveled to both sides of the Mexico-United States border. In 2015, they were the first pro bono counsel representing individual asylum seekers—all mothers and children—at a newly opened detention center in Dilley, Texas, which she described as a “deportation mill.”

For more than a decade, Mukherjee has worked on issues related to enforcing the Flores Settlement Agreement, which sets a limit on the length of time children can be detained in federal immigration custody, requires that they be held in the least restrictive area possible, and guarantees access to basic hygiene and adequate nutrition.

In 2019, Mukherjee’s firsthand reports of the inhumane conditions of confinement for children in a U.S. border detention station sparked national and international outrage as she gave extensive media interviews on what she had witnessed. She was invited to testify before Congress, where she detailed for the House Committee on Oversight and Reform how children in border detention centers were sick, dirty, frightened, separated from family members, and held as victims of federal policies that she argued were unconstitutional, unlawful, ineffective, and un-American.

Mukherjee began her career as a clerk for Judge Jan E. DuBois of the U.S. District Court for the Eastern District of Pennsylvania and then won a fellowship with the ACLU Racial Justice Program. From 2007 to 2010, she worked at a law firm, specializing in police misconduct, prisoners’ rights, housing, and employment discrimination, and then rejoined the ACLU as a staff attorney until 2013. 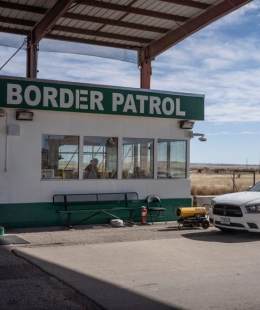 A dizzying number of new rules make it almost impossible to immigrate to the United States, writes Professor Elora Mukherjee in Slate.

Champion of the Children Award from Children of Bellevue

The director of the Columbia Law Immigrants’ Rights Clinic says federal policies toward asylum-seeking families and detained migrant children are “cruel” and inhumane.

Immigration Issues at the Court

| WNYC
In The Media