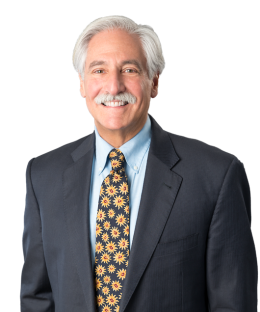 Among his many current appointments, Bregman serves as the Chairman of the Board of Trustees of the Client Protection Fund and is a member of the Board of Directors of Maryland Legal Aid, and the Homeless Persons Representation Project.

Among his recognitions, in 2004, he was elected to be a Fellow of the American College of Real Estate Lawyers, and in 2017 he was honored with the “Distinguished Maryland Real Property Practitioner” Award by the State Bar Association’s Real Property Section.

Bregman earned his J.D. from Georgetown University Law Center in 1974. He received his B.A. with Honors from Colgate University in 1971.