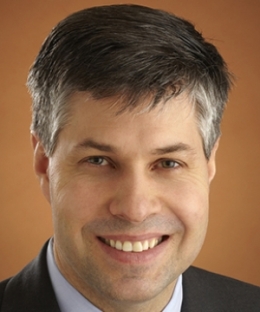 David R. Marriott is a partner in Cravath’s litigation department, with a focus on
litigation and alternative dispute resolution in the areas of business, intellectual property,
securities, and antitrust. Marriott has tried, argued and litigated cases in both state and
federal courts, and has been involved with numerous forms of alternative dispute
resolution. He is a fellow of the American College of Trial Lawyers.
He is a lecturer at Columbia Law School and an adjunct professor at New York
University School of Law.

Marriott’s clients have included CSX Corporation, Delta Airlines, IBM, Mylan, NCR
Corporation, Novartis, Qualcomm Incorporated, Bristol-Myers Squibb Company, Lazard
Frères & Co., AT&T, Bank of America, Eli Lilly, the Massachusetts Institute of
Technology and the President and Fellows of Harvard College. Marriott has been
recognized as a leading lawyer by organizations, such as Benchmark Litigation,
Lawdragon, The Legal 500, IAM Patent, Leaders League, and Super Lawyers.
Marriott is the editor of New York Business Litigation and a contributing author and
editor of Winning at Trial. His publications include “Opening to Win: Seven Tips for
Delivering an Effective Opening Statement” in New York Law Journal, 2011, and
“Picking a Winner: Ten Tips for Selecting the Best Possible Jury” in New York State Bar
Association Journal, 2011. He is the chair of the Practicing Law Institute’s conference
“Trial by Jury” and has moderated other PLI conferences. For several years, Marriott
chaired the New York City Bar’s Annual “Institute for Corporate Counsel.”
He subsequently served as law clerk to Honorable Eugene F. Lynch of the U.S. District
Court for the Northern California and Honorable Albert J. Engel of the 6th U.S. Circuit
Court of Appeals.

After receiving his B.A. from Brigham Young in 1991, Marriot earned his J.D. from
New York University School of Law in 1994.