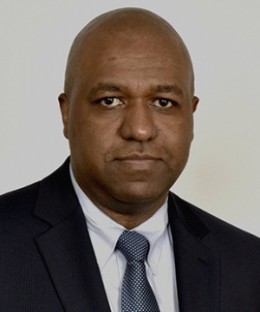 Courtney Hogg earned his J.D. from St. John’s Law School and his B.A. from John Jay College and has been practicing law in the public sector for over a decade. After graduating law school, Mr. Hogg worked as an agency attorney at NYC Administration for Children’s Services (ACS) where he tried cases of child neglect. Following his term at ACS, Mr. Hogg joined the Kings County District Attorney’s Office (KCDA) as an assistant district attorney. Today, Mr. Hogg is a deputy bureau chief in the Trial Bureau, Grey at the KCDA. Mr. Hogg’s areas of expertise include:

• Criminal litigation at every trial level

Mr. Hogg, himself, has prosecuted a wide range of felonies, including murder, attempted murder, burglary, robbery, serious assault, among many others. In his capacity as a felony assistant, then as the supervisor of all misdemeanor assistants in Trial Bureau, Grey, and now as a deputy bureau chief, Mr. Hogg has been instrumental in the successful resolving thousands of cases; and has developed expertise in areas including advocacy, investigation, litigation, and negotiation.