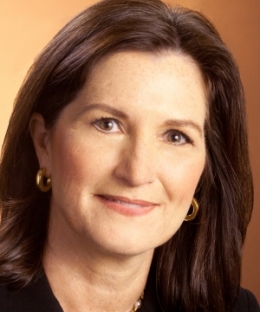 Christine A. Varney is a partner at Cravath, Swaine & Moore where she chairs the firm’s antitrust practice. She is widely recognized as one of the leading antitrust lawyers in the United States in both private practice and in government service. She is the only person to have served as both the U.S. assistant attorney general for antitrust and as the commissioner of the Federal Trade Commission.

As assistant attorney general, Varney oversaw all operations of the Department of Justice’s antitrust division, including merger review, criminal and civil litigation, and investigations and coordination with competition regulators outside the U.S. Prior to becoming commissioner of the Federal Trade Commission, she served as assistant to the President Bill Clinton and secretary to the Cabinet of his administration.

Varney has been recognized as a leader in antitrust law by numerous professional publications, including Chambers USA, The Legal 500, Benchmark Litigation, The Best Lawyers in America and the Ethisphere Institute. The National Law Journal selected her as one of the “100 Most Influential Lawyers in America” and as one of “50 Governance, Risk & Compliance Trailblazers & Pioneers”. In 2014, she was named “Lawyer of the Year” by Global Competition Review and received Euromoney Legal Media Group’s Americas Women in Business Law Award for “Best in Antitrust/Competition” in 2014 and 2015.