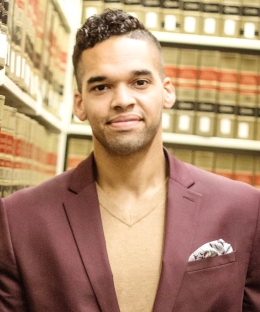 Amín E. Guevarra-Fernández (He, His, Him) was born in Salcedo, Dominican Republic, and raised in The Bronx. He attended Columbia College (Class of 2011) where he majored in cinema studies. After undergrad, he worked as an enrichment coordinator for The Bronx Academy of Letters and later as an English teacher for All Hallows High School in The Bronx. In the evenings, he attended New York Law School where he graduated as a Dean's Scholar in May 2019. Since September 2019, Amín has been working as an immigration attorney for The Bronx Defenders representing both detained and non-detained clients in their removal proceedings.