Click on the profile of any staff member below for more information, including bios and instructions on how to make an advising appointment. 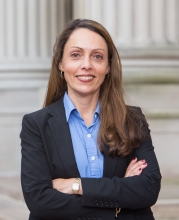 Erica Smock has been the Dean for Social Justice Initiatives and Public Service Lawyering at Columbia Law School since 2017.

Prior to joining Columbia, Dean Smock had a distinguished public interest career focused primarily on women’s rights advocacy. Most recently, she served as the Senior Director for Judicial Strategy & Lawyers Network at the Center for Reproductive Rights in New York City, where she led strategic campaigns around the Center’s domestic litigation, including the successful Supreme Court abortion case Whole Woman's Health v. Hellerstedt (2016).

After graduating from Columbia in 1995, Dean Smock clerked for the Hon. Anita B. Brody, U.S. District Court, E.D. PA, and Hon. Leonard I. Garth, U.S. Court of Appeals, Third Circuit. After spending one year as an associate at O’Melveny & Myers (where she engaged in pro bono work on women’s rights and domestic violence), she worked as a staff attorney at Legal Aid Services of Oregon and as Regional Staff Attorney at the Northwest Women's Law Center (now Legal Voice) in Seattle. Dean Smock then became Legislative Counsel at the Center for Reproductive Rights, where she directed the national state legislative program and engaged in advocacy on reproductive rights issues. After working at SJI for a number of years, she returned to the Center for Reproductive Rights in 2014 to its newly formed Judicial Strategy team.

In addition, Dean Smock has spent time as a short-term volunteer attorney focusing on human rights and women's rights in Kenya and South Africa, and with the Pascua Yaqui tribe in Arizona. She has served as a consultant to the Laura and John Arnold Foundation on access to justice issues.  Currently she serves as Vice Chair of the ABA's Rights of Women Committee in the Civil Rights and Social Justice Section; and on the Center for Reproductive Rights Lawyers Network Advisory Committee.

Dean Smock graduated from Brown University with a bachelor's degree with Honors in Political Science. 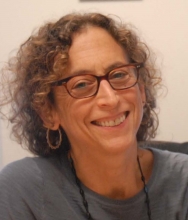 Madeleine Kurtz joined Social Justice Initiatives in January 2011, from a career as a public interest lawyer, clinical law professor, and director of law school public interest programs. Madeleine began her career as a staff attorney with the Legal Aid Society in New York City. She was a clinical professor and supervising attorney in the Family Defense Clinic at NYU School of Law, and a consultant to Volunteers of Legal Services, a non-profit organization in New York City that develops and administers pro bono programs. Prior to joining SJI, Madeleine was at Seton Hall Law School, where she was the director of public interest programs and student advising, developed pro bono projects, and administered the Externship program. Prior to that, at Rutgers Law School in Newark, she was Director of Pro Bono and Public Interest Programs. She has served on a number of boards and advisory committees, and has participated in training programs for legal services and volunteer lawyers on subjects involving child welfare, family court, foster care, and women in prison. Madeleine was a law student at Columbia, where she graduated a Harlan Fiske Stone Scholar and received the Jane Marks Murphy Prize for exceptional interest and proficiency in advocacy in clinical offerings. She earned a B.A. in Urban Studies from the University of Pennsylvania.

To make an appointment with Maddie, please do so via Symplicity. 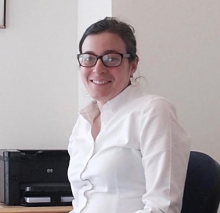 Tory Messina is an attorney with over seven years of experience counseling law students and alumni on how to achieve their public interest and government career goals. Prior to joining SJI, Tory worked at Lawyers Alliance for New York as the Pro Bono Manager, helping to connect attorneys with opportunities to assist nonprofits with transactional pro bono legal work. Tory previously worked at University of Pennsylvania Law School, where she is an alumnae, as the Associate Director of Public Interest and Government Counseling, helping students and alumni with a broad range of career interests including civil legal services; impact and advocacy organizations; local, state and federal government; public defenders; and alternatives to traditional practice. She also has expertise in LRAP and private civil rights law firms.

Prior to her work at University of Pennsylvania Law School, Tory coordinated New York and national pro bono and legal services projects at Pro Bono Net. Tory also has worked at a private law firm and managed a small business. She graduated from Brown University with a degree in history. She is admitted to practice in New York.

To make an appointment with Tory, please do so via Symplicity or via email. 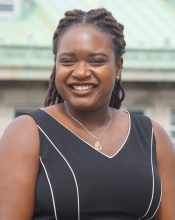 Nadine F. Mompremier is the Assistant Director of Pro Bono and Summer Programs, where she oversees the administration of Columbia's Pro Bono program and summer funding programs, including Guaranteed Summer Funding (GSF), and works closely with students who are engaged with these programs.

Prior to joining Columbia Law School, Nadine was a Law Coach at Sponsors for Educational Opportunity (SEO), where she counseled and advised SEO Fellows on navigating and excelling in their corporate law internships and first year of law school and provided guidance on professional development, networking, and drafting legal memoranda. Nadine started her legal career as an Associate at the law firms of Simpson Thacher & Bartlett and Ropes & Gray, where she engaged extensively in pro bono work including matters related to various legal clinics, voter and election protection, and visa, residency, and asylum applications, while specializing in executive compensation and employee benefits, a practice that consisted of advising private equity clients in all benefits, compensation, and employment aspects of mergers and acquisitions, including structuring management equity arrangements and negotiating employment agreements, deferred compensation, and other incentive arrangements. 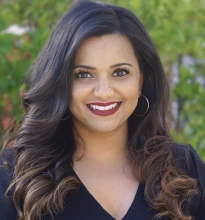 Devi began her legal career as a staff attorney at Sanctuary for Families' Center for Battered Women’s Legal Services and a Poverty Justice Solutions Fellow through the Center for Court Innovation. She represented domestic violence and human trafficking survivors in court proceedings and administrative forums, and also provided legal advice to hundreds of New Yorkers as part of the NYC Family Justice Centers’ legal services.

Devi earned her J.D. from New York Law School, where she was a Carbonell Fellow in Law & Policy. Upon graduation, Devi was awarded the Alexander D. Forger Award for Distinguished Service to the Profession. A native North Carolinian, Devi earned her Bachelor's Degree in Women's and Gender Studies from North Carolina State University. Devi serves on the New York City Bar’s Diversity Pipeline Initiatives Committee and is admitted to practice in New York.

Rachel Salem Pauley is the Director of Government Programs in the Office of Social Justice Initiatives at CLS and has been a Lecturer-in-Law since 2014.  In her role, she has counseled hundreds of law students and graduates with regard to public service careers and professional development opportunities. She is also responsible for the law school’s semester in Washington, D.C. program. She has focused on developing and overseeing formal programming with government officials in order to expose students to the vast array of government career opportunities with an aim to promote public service and increase attorney diversity throughout government.

Prior to CLS, Pauley served as the Director of Training and Special Investigative Counsel for the New York State Inspector General, where she also ran the internship program. Before that, Pauley served as Confidential Assistant for Legal Matters for the New York State Attorney General and was a member of the Public Integrity Bureau. She also clerked for two New York State judges. Pauley began her career as an Assistant District Attorney in the Domestic Violence Bureau of the Kings County District Attorney’s office.

Pauley, a native Washingtonian, graduated from Fordham Law School and was a Stein Scholar in Public Interest Law and Ethics. There, she also received the Archibald R. Murray Public Service Award. She earned a joint Bachelor’s and Master’s degree from Columbia University. In 2009, she was named one of Columbia University’s 25 most influential athletic alumnae.

To make an appointment with Rachel, please do so via Symplicity.

Cassandre C. Théano joins Columbia from a career as an international human rights lawyer and advocate. Cassandre began her career as a law clerk followed by a number of years in private practice before engaging in strategic litigation and advocacy on various human rights issues.

Currently, she serves as the ABA Section of International Law Diversity and Inclusion Fellow and is an Adjunct Professor at John Jay College of Criminal Justice. Previously, Cassandre was the Associate Legal Officer for Inclusion and Equality at the Open Society Foundations (The Justice Initiative), focusing on citizenship and equality. In that capacity, she led the litigation and advocacy work related to the restoration of citizenship rights for Dominicans of Haitian descent in the Dominican Republic, Black Mauritanians in Mauritania, and various ethnic minorities in Cȏte d’Ivoire and Kenya. She was also instrumental on Temporary Protected Status advocacy and other related immigration policies affecting black migrants at the U.S.-Mexico border. She regularly provides advice on strategy, policy, and funding to human rights and advocacy organizations.

She was also a Human Rights Legal consultant for MADRE, an international women’s human rights organization and for Netflix on the docuseries Rotten which explores human rights abuses in the food supply chain.

Cassandre grew up in Haiti and moved to the U.S. at 16. She earned her undergraduate degree in International Relations and French Literature and her Master’s degree in French Society, Politics and Culture from New York University. She holds a law degree from Georgetown University Law Center, with a concentration on International Human Rights Law and a certificate in Refugees and Humanitarian Emergencies. At Georgetown Law, she participated in the International Women’s Human Rights Clinic, where she successfully advocated including protections for women’s land and property rights in Kenya’s 2010 Constitution. She was also the Senior Articles Editor of the Georgetown Journal of Gender and the Law.

She is fluent in French, Haitian Creole, and Spanish. 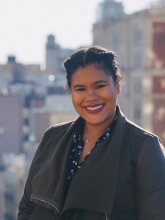 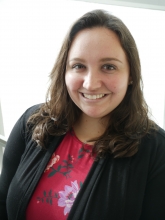 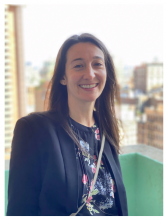 Haley Harvis is an attorney who has worked in diverse practice areas in big firm, small firm, and non-profit environments. Most recently, in the spring of 2018, Haley was a volunteer attorney at Sanctuary for Families, working on Family Court proceedings with the Courtroom Advocacy Project. Before that she was of counsel to Harvis & Fett, a boutique civil rights firm, where she worked on Section 1983 litigation prosecuting false arrest, malicious prosecution, and police brutality cases. Haley began her legal career as an associate at Sullivan & Cromwell in the litigation department, where she represented multinational corporations in complex regulatory and internal investigations. She also spent time teaching at Poly Prep Lower School in Brooklyn. Haley graduated from Brooklyn Law School cum laude and served as a Notes & Comments editor of the Brooklyn Law Review. She earned a B.A. in child development with a minor in English from Tufts University. While at Tufts, Haley was awarded a University College of Citizenship and Public Service grant.

Please contact Haley to make a counseling appointment. Please e-mail your resume to Haley before your appointment. 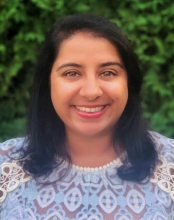 Kiran Singh is an attorney with experience working both for the government and non-profit sectors. Prior to joining Social Justice Initiatives, Kiran was Assistant General Counsel at Success Academy Charter Schools, a non-profit organization that runs charter schools in New York City. For five years, Kiran served as an Assistant District Attorney at the Manhattan District Attorney’s Office. She was a trial attorney responsible for prosecuting hundreds of criminal cases involving domestic violence, weapons, narcotics, assault, robbery, and fraud. At the DA’s Office, she was a member of the Domestic Violence Unit, Hate Crimes Unit, Public Assistance Fraud Unit, and Identity Theft Unit. Kiran received a law degree from the University of California, Berkeley School of Law. She graduated from Brown University, Phi Beta Kappa and Magna Cum Laude with a degree in political science. While at Brown, she was awarded the CV Starr Institute Award for Leadership in Public Service.

To make an appointment with Kiran, please do so via Symplicity or via email.