On the Road With the Spring Break Caravans

Students traveled through Europe, to the Middle East, and across the United States to provide pro bono services in human rights and public interest law.

Call them a “busman’s holiday” or a “working vacation.” The Columbia Law School Spring Break Pro Bono Caravans are a way for students to immerse themselves in underserved communities and assist understaffed organizations. This year, 139 students participated in 23 caravans that provided eye-opening opportunities and valuable hands-on training. “It was a pretty emotional experience for most of us,” says Caleb King ’20, who participated in the Orleans Public Defenders Caravan. “To my perspective, the way the laws are enforced in Louisiana made it seem like it was still the 1960s. The lawyers we worked with are phenomenal but need more help.”

Organized and partially subsidized by Social Justice Initiatives, the Spring Break Pro Bono Caravans are one of the Law School’s signature programs. Approximately half of the participants receive funding from Columbia Law School’s Public Interest Law Foundation. Mentored by practicing attorneys during long, grueling days, the students also had time to soak up the local culture. The Native American Law Students Association Wisconsin Wills Caravan, for example, visited a farm and cheesemaking plant. For Meg Gould ’21, who participated in the RightsLink Lebanon Caravan and worked on a human rights project, meals were an unforgettable fringe benefit. “The food was incredible,” she says.

Here are some postcards from nine of the caravans: 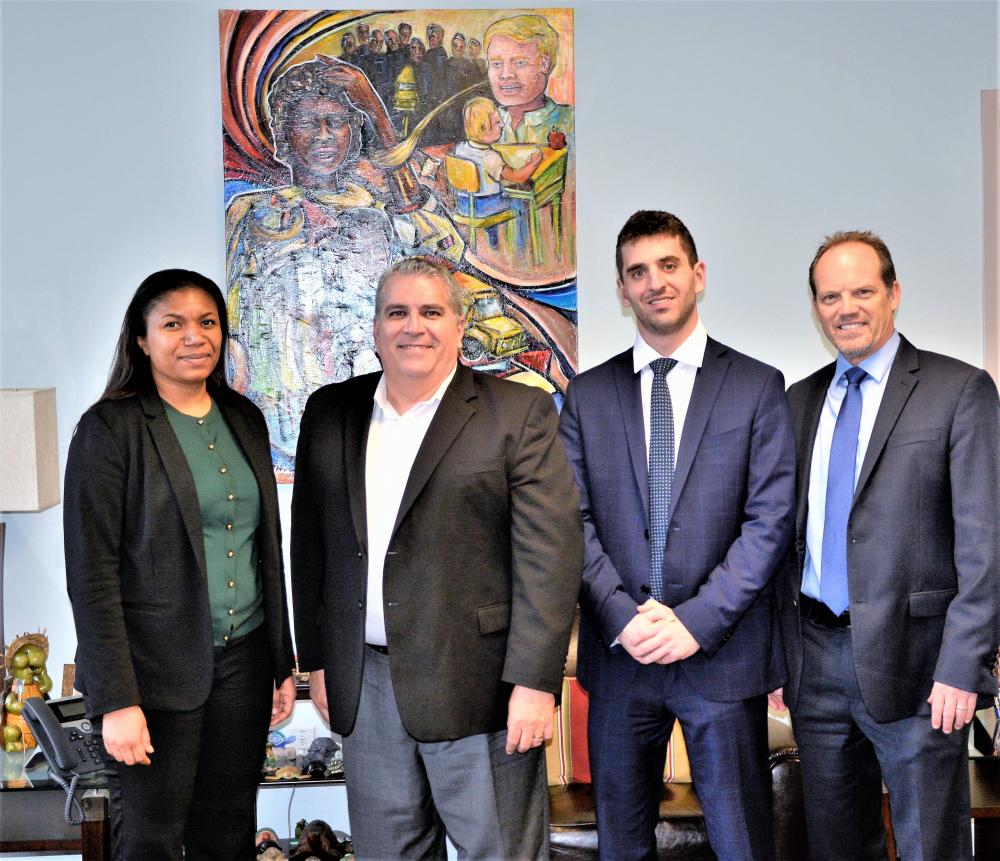 In the Miami Public Defender’s Caravan, Alicia Bowen ’19 LL.M. and Richard Minzberg ’19 worked for Carlos Martinez (second from left), the Miami-Dade County public defender under the supervision of Kevin Hellmann (far right), director of training and professionalism for the public defender’s office. Bowen and Martinez did research on Miranda warnings and the Fifth Amendment because one of the public defender’s clients allegedly gave a false and coerced confession to the police. They also witnessed several trials. “I was particularly taken when a judge released a defendant from custody because his mother testified she would make sure he obeyed the terms of probation,” says Minzberg. 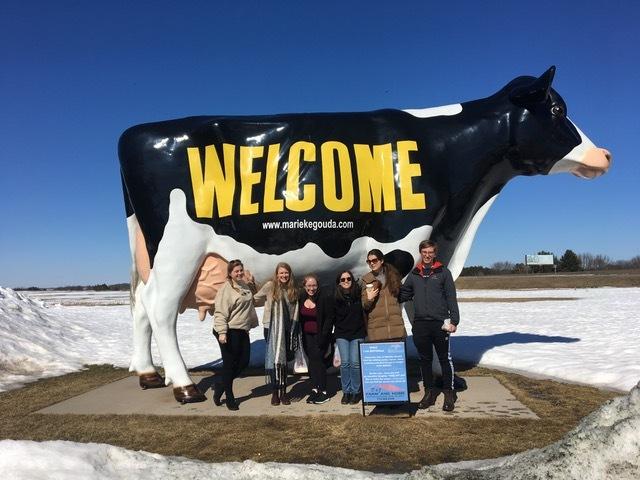 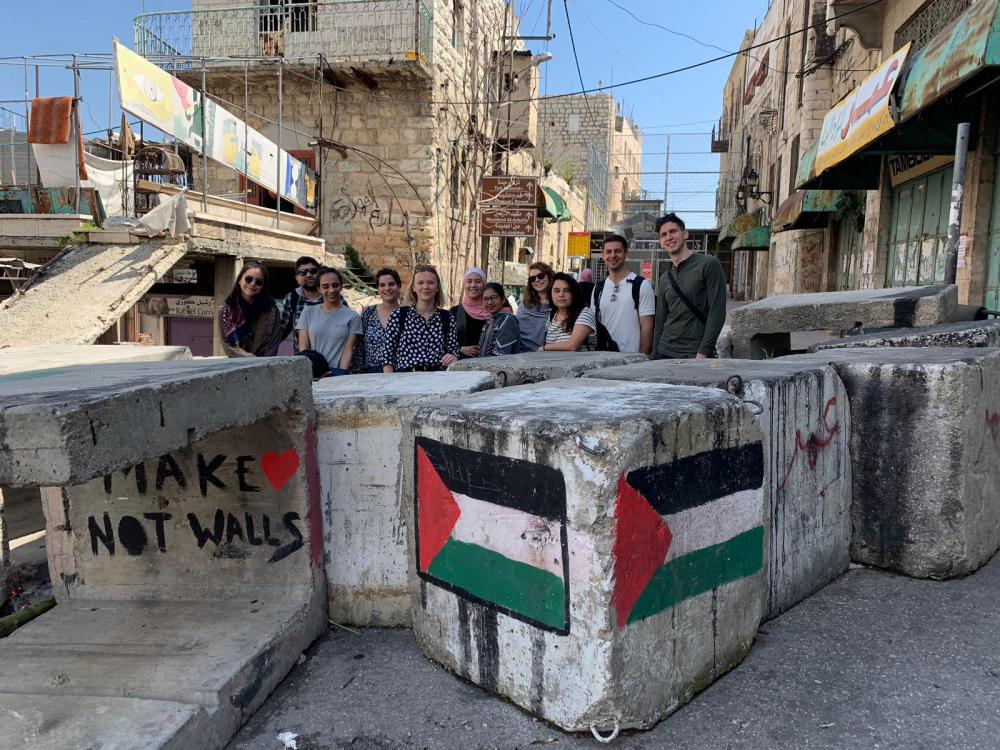 The nine J.D. and LL.M. students in the Pal Trek Caravan traveled to Palestine to work with Al-Haq. They focused on issues such as Palestinian prisoners’ rights and the legality under international humanitarian law of a planned cable car spanning West and East Jerusalem. Melissa Meza ’20, Conrad Noronha ’21, Serena Taj ’21, Emma DiNapoli ’20, Jean Lambert ’20, Kate Stone ’19 LL.M., Diana Morena ’19 LL.M., Sami Cleland ’19, and Jonas Vernimmen ’19 LL.M. inspected one of the largest checkpoints in Hebron. They spoke with former prisoners about their experiences in Israeli prisons, toured settlements in East Jerusalem, visited a military court, and met with Palestinian officials and activists. 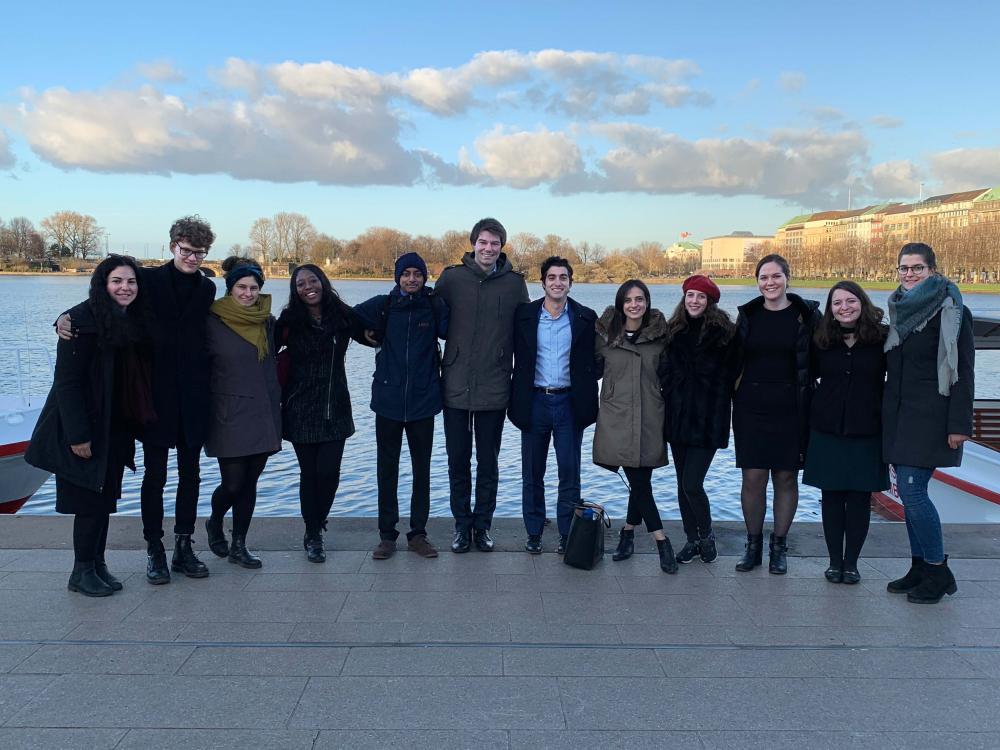 Students in the Global Migration Caravan spent a week at the Refugee Law Clinic at the University of Hamburg, where they researched international asylum legal issues for the European Center for Constitutional and Human Rights. They also taught a Know Your Rights class to asylum-seekers, visited a refugee welcome center, and spoke with asylum attorneys and an asylum judge as well as government officials and the staff of NGOs. Susanna Booth ’21, Katie Cavins ’20, Lily Grisalfi ’20, Caroline Wattenmaker ’20, Jacob Humerick ’20, Jeremy Stewart ’19 LL.M., Josh Samuels ’21, and Fanta Kamara ’20 also visited the Alster Lakes in downtown Hamburg with their hosts. 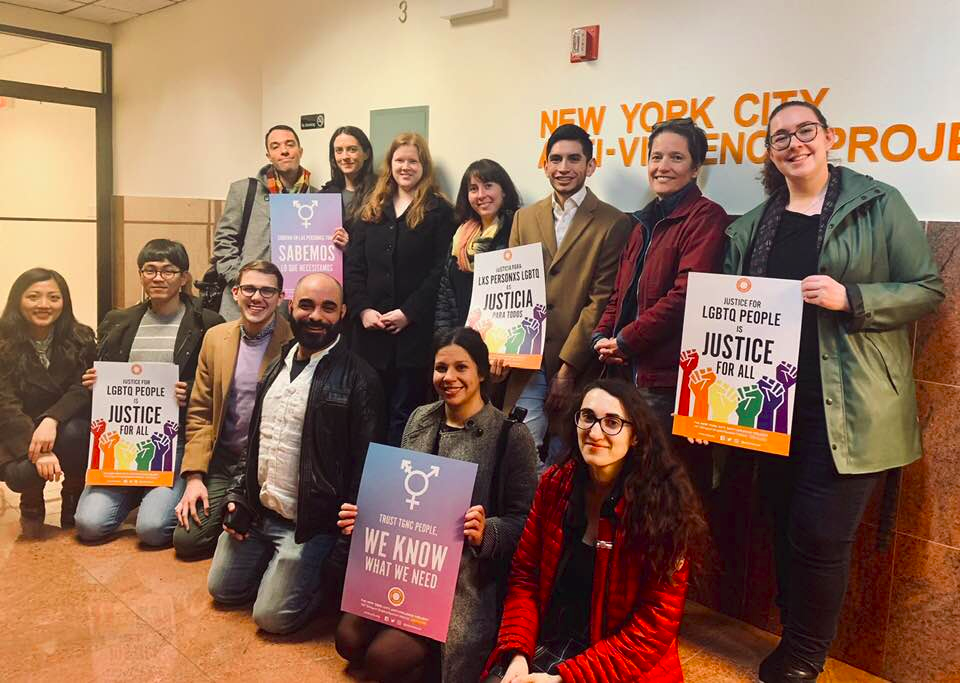 The nine students in the Anti-Violence Project Caravan helped the New York City Anti-Violence Project (AVP) with a variety of legal tasks, including researching and drafting legal memos, advocating for compliance with bathroom laws, and working with clients at an immigration clinic and at a name-change clinic. Andy Gutierrez ’20, Jordan Fricks ’19, Kristin Johnson ’20, Yanzi Li ’19 LL.M., Sungha Park ’19, Laure Pfeiffer ’19 LL.M., Cunmei Zhang ’19 LL.M., Kaitlyn Karpenko ’19, and Maggie Zellner ’19 also had the chance to go through several AVP trainings, including one about working with victims of trauma that AVP hopes to provide to more law students and lawyers. 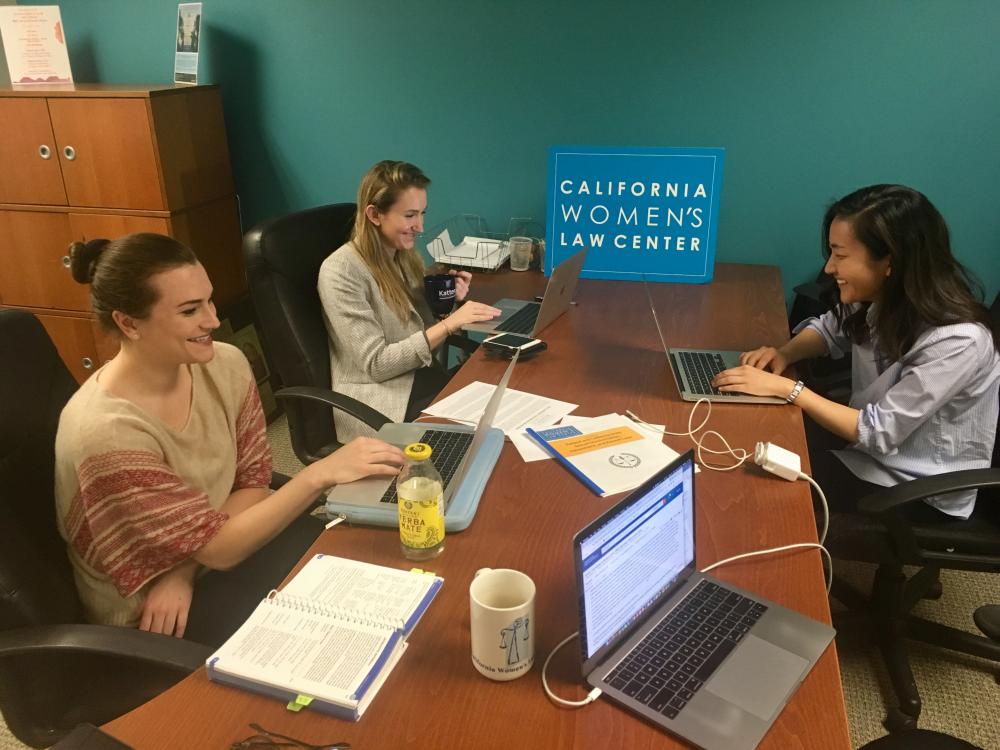 The California Women’s Law Center Caravan spent a week compiling a guide to obtaining and renewing domestic violence restraining orders, which will serve as a reference for pro bono attorneys and pro se domestic violence survivors. Megan Hirsh ’21, Chelsi DeTurk ’21, and Laura Lee ’20 met with several of the center’s board members, who shared how they have incorporated pro bono work on behalf of women and girls into their private-sector legal practices.

The Al Otro Lado Caravan volunteered with Al Otro Lado in Tijuana, Mexico. The students conducted legal consultations for those awaiting the opportunity to seek asylum in the United States. Brayan Acevedo Vazquez ’19, Carolina Gonzalez ’20, Patricia Rojas-Castro ’20, Genesis Sanchez Tavarez ’20, Marcos Perales Mellado ’19 LL.M., and Álvaro Mateo Alonso ’19 LL.M. informed migrants about the asylum process—what to expect, the strengths of their cases, and anything that could complicate their cases.