It is the second consecutive year the Law School’s team has advanced to the World Championship Final Round, and the third straight year Columbia has won the U.S. National Championship.

There were 123 teams from 76 countries competing at the International Rounds, held March 20-26 in Washington. What organizers called “an incredibly close” final round was won by the University of Sydney (Australia).

The Law School team of Jacob Johnston '12, Akshaya Kumar '12, Jennifer Lim '12, Benjamin Schrier '12, and James Wigginton '13 was selected to represent the U.S. at the international rounds after winning the Northeast U.S. Super Regional Championship in February. 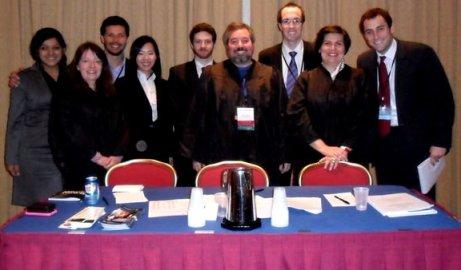 At the international rounds, the team was victorious against teams from Germany, New Zealand, the Philippines, Russia, Singapore and the U.S. before the final round.
Kumar and Schrier defeated the National University of Singapore in the semifinals on Friday, and Johnston and Lim then argued in the final round the next day, with Kumar serving as counsel.Lim was also awarded the prestigious Stephen M. Schwebel Prize for the Best Oralist in the Championship Round, the same award Kevin Lin '11 won last year.
Johnston won the first place individual oralist award; Kumar won the 10th Place individual oralist award, and Lim won the 12th Place individual oralist award, based on scoring from the preliminary rounds. Schrier and Wigginton won each round in which they competed by a significant margin. Johnston and Lim (below right) were also recognized as the highest-ranked respondent team in the competition. 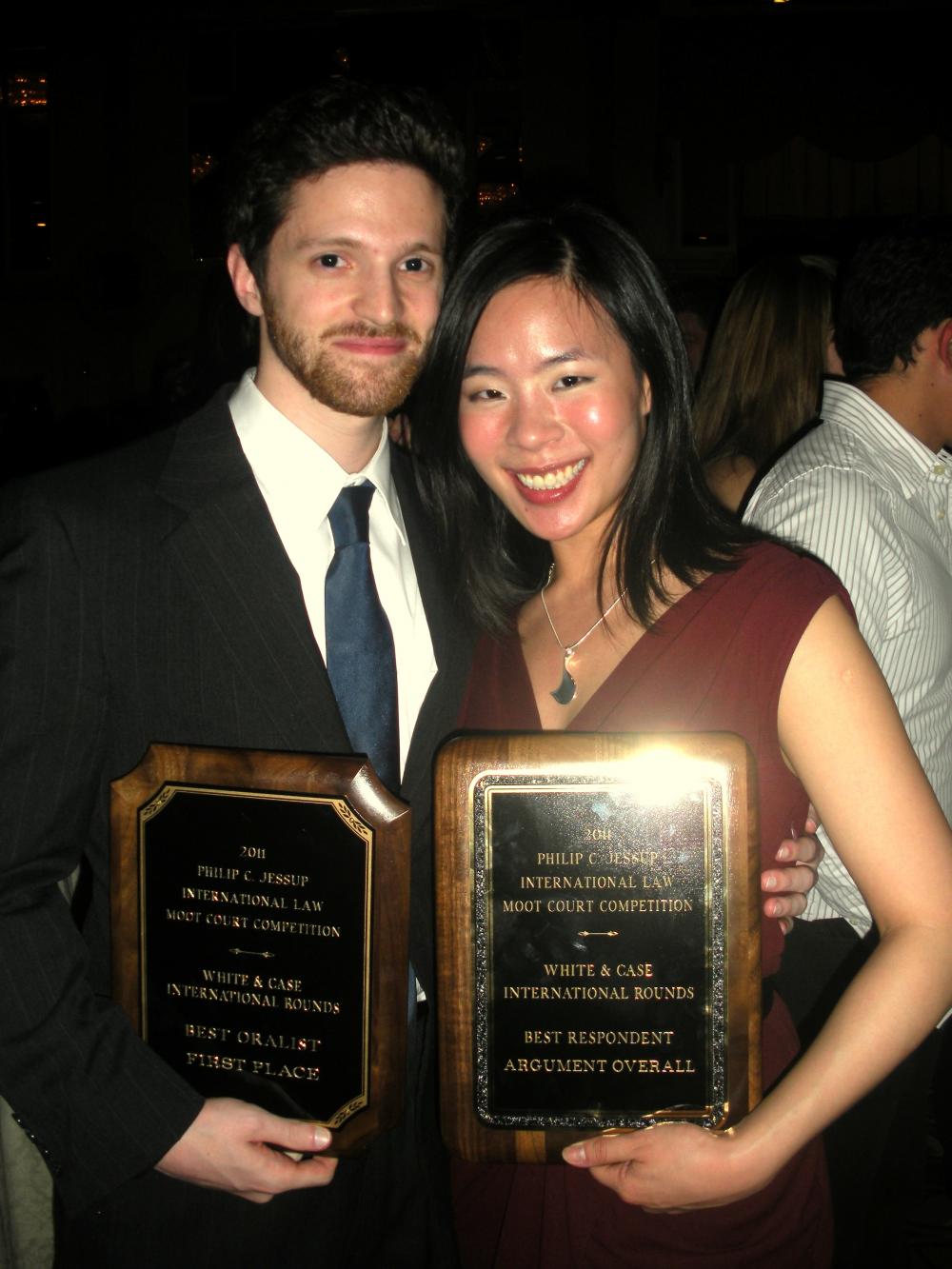 The team was coached by Ricardo Chirinos '11 LL.M. and Elisabeth Page '11. The team’s faculty advisor, Lori Damrosch, the Henry L. Moses Professor of Law and International Organization and Hamilton Fish Professor of Law and International Diplomacy, and Viren Mascarenhas '05, provided guidance and support as the team prepared for the international rounds. Additionally, international law faculty and alumni who participated in the Jessup while at the Law School helped the team through a series of practice moots.
The Jessup is the world’s largest and most prestigious moot court competition and the oldest dedicated to international law. This year's competition began with teams from about 650 law schools worldwide.It is named after Philip C. Jessup ’24, who taught international law and diplomacy at Columbia from 1925 until 1961. Jessup helped draft the statutes of the International Court of Justice and the International Law Commission, and served the government in a variety of advisory and representative posts.
Columbia has claimed three Jessup world championships - in 1963, 1965, and 2006. The Philip C. Jessup Moot Court at Columbia Law School is sponsored by an endowment from Milbank, Tweed, Hadley & McCloy LLP.
Columbia Law School, founded in 1858, stands at the forefront of legal education and of the law in a global society. Columbia Law School joins its traditional strengths in international and comparative law, constitutional law, administrative law, business law and human rights law with pioneering work in the areas of intellectual property, digital technology, sexuality and gender, criminal, national security, and environmental law.