A distinguished scholar of international law, Cleveland would be the second U.S. woman to serve on the court. 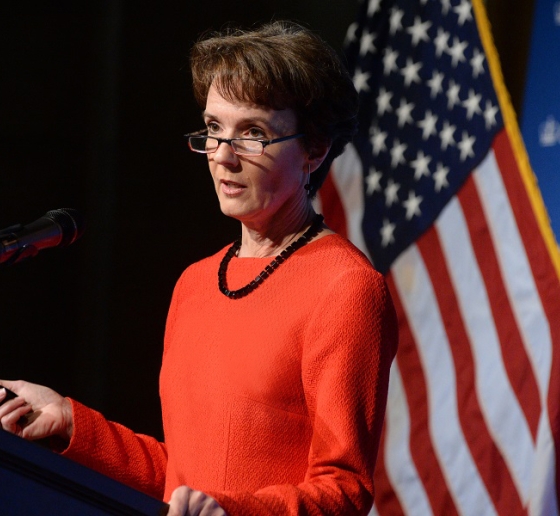 Sarah Cleveland, Louis Henkin Professor of Human and Constitutional Rights and a leading scholar and practitioner of international law, will be nominated to a seat on the International Court of Justice, Secretary of State Antony Blinken ’88 announced today.

Cleveland has extensive experience serving as the U.S. member of multilateral legal bodies, including the United Nations Human Rights Committee and the European Commission for Democracy through Law (Venice Commission), as well as in the U.S. government, where she served as counselor on international law to the legal adviser of the State Department. She remains a member of the U.S. Secretary of State’s Advisory Committee on International Law.

The International Court of Justice (ICJ), sometimes called the World Court, is the principal judicial body of the United Nations. Its role is to settle legal disputes among U.N. member nations and to issue advisory opinions on legal questions referred to it by U.N. bodies and agencies.

“A dedicated scholar of international law, Professor Cleveland possesses the knowledge, experience, integrity, commitment to the rule of law, and vision to help guide the Court in its important work in the years ahead. She is an outstanding choice for this key position,” the State Department announcement said.

The 15 judges on the court, which is located in The Hague, each serve nine-year terms. If elected in November 2023, Cleveland will be just the second woman to represent the United States on the court.

“Sarah is both passionate in promoting respect for international law around the world and tireless in her commitment to public service,” Gillian Lester, Dean and Lucy G. Moses Professor of Law, said in congratulating Cleveland. “She can make enormous contributions in guiding the court in its work.”

“Being nominated to serve on the court is a great honor and a great responsibility,” Cleveland said. “The United States has a long tradition of electing outstanding members to the court. And in these challenging times, the court’s role in the peaceful resolution of disputes has never been more important.”

Columbia Law School has longstanding ties to the ICJ: The late Professor Philip C. Jessup, for whom the world’s largest international moot court competition is named, served as a judge on the court from 1961 to 1970, while Xue Hanqin ’83 LL.M., ’95 J.S.D. is a member of the court representing China. In addition, numerous Columbia Law graduates have been selected to serve as ICJ judicial fellows over the years, working under the supervision of a judge.

“Sarah Cleveland is an extraordinary legal scholar with a singular gift for applying sophisticated legal theory to practical issues in the interest of justice,” said Columbia University President Lee C. Bollinger ’72. “I am confident that if elected, Sarah will draw on her unparalleled experience and keen understanding of human rights as she helps the World Court arbitrate complex legal disputes and further develop the body of international law.”

Cleveland joined Columbia Law School in 2007 and is faculty co-director of the Law School’s Human Rights Institute. She has published widely on international law subjects and has been involved in international law litigation in the United States and before the Inter-American Court of Human Rights. A former Rhodes scholar and law clerk to U.S. Supreme Court Justice Harry Blackmun, Cleveland began her law career as a Skadden Fellow representing migrant farmworkers in south Florida. She received the Excellence in International Law Teaching Award from the Columbia International Law Society in 2014.