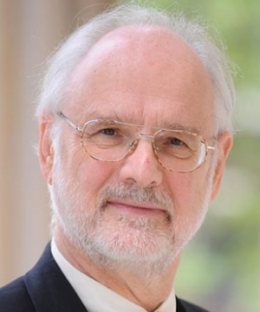 Sauvant was the Founding Executive Director of the Columbia Program on International Investment (CPII—established in 2006) which became (in 2008) the Vale Columbia Center on Sustainable International Investment (VCC) and is now the CCSI (since 2014), all joint initiatives of Columbia Law School and the Earth Institute at Columbia University. During his time leading CPII and VCC until 2012, he sought to make these institutions leading forums for discussions by scholars, policymakers, development advocates, students, and other stakeholders on issues related to foreign direct investment (FDI) in the global economy and the regulatory framework governing such investment, focusing particularly on the contribution of FDI to sustainable development. To that effect, he launched the Columbia International Investment Conference series in 2006; the Speaker Series on international investment law and policy issues in 2007; the Yearbook of International Investment Law and Policy in 2009 (and was the Editor of the first four editions); and the Columbia FDI Perspectives in 2008 (and has been the Editor-in-Chief since then). He also was, until 2011, co-director of the Millennium Cities Initiative at the Earth Institute, responsible for helping African cities attract investment. He has published widely in the international investment area (see, https://papers.ssrn.com/sol3/cf_dev/AbsByAuth.cfm?per_id=2461782 and https://works.bepress.com/karl_sauvant/#).

In 2015, Sauvant launched a proposal for an international support program to facilitate sustainable investment. Structured discussions on a multilateral Investment Facilitation Framework for Development began in the WTO in 2018, and were upgraded to negotiations in 2020. He has advocated, since 2004, the establishment of an Advisory Center on International Investment Law, a proposal that was put on the agenda of the United Nations Commission on Trade Law (UNCITRAL) in October 2019.  And, beginning in 1998, he has championed the establishment of a facility to help developing countries negotiate large-scale contracts with international investors (from 2011 to 2016, in cooperation with Peter Eigen); the proposal was put on the G7 agenda in 2014, under the name of “CONNEX”, and was implemented by Germany in 2017, when it established the CONNEX Support Unit in Berlin (http://connex-unit.org).

Sauvant served (2001-2005) as Director of the United Nations Conference on Trade and Development's Division on Investment, Technology and Enterprise Development until his retirement in 2005, managing the division and promoting international consensus-building in the areas of FDI, technology and enterprise development, providing intellectual leadership for policy-oriented research, and conceptualizing and supervising technical assistance activities. He had joined the United Nations in 1973, where he created in 1991 the prestigious annual World Investment Report, of which he was the team leader and lead author until 2004. In 1992, he founded the peer reviewed journal Transnational Corporations, serving as its editor until 2005. He provided intellectual leadership and guidance to a series of 27 monographs on key issues related to international investment agreements (published in a three-set volume in 2004), and co-edited (with Prof. John H. Dunning) the 20-volume Library on Transnational Corporations.

Sauvant is a German national who, in 1975, received a Ph.D. degree from the University of Pennsylvania.