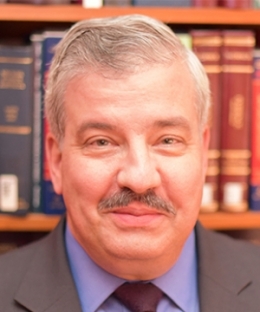 DAVID PAUL HOROWITZ ([email protected]) is a member of McNamara & Horowitz in New York City. He has represented parties in personal injury, professional negligence, and commercial cases for over thirty years. In addition to his litigation practice, he acts as a private arbitrator, mediator and discovery referee.

He is the author of Bender’s New York Evidence and New York Civil Disclosure (LexisNexis), the most recent supplement to Fisch on New York Evidence (Lond Publications), and since 2004 has authored the monthly column Burden of Proof, in the NYSBA Journal through 2018, and since 2018, in the New York Law Journal. Mr. Horowitz teaches New York Practice and Electronic Evidence & Discovery at Columbia Law School, lectures to judges and law clerks at the New York State Judicial Institute, and, on behalf of the New York State Board of Bar Examiners, has lectured on New York Practice to candidates for the Uniform Bar Exam. He serves as an expert witness and is a frequent lecturer and writer on civil practice, evidence, ethics, and alternative dispute resolution issues. He has previously taught New York Practice, evidence, professional responsibility, and electronic evidence and disclosure at Brooklyn, St. John’s, and New York Law Schools.

He serves on the Office of Court Administration’s Civil Practice Advisory Committee, is active in a number of bar associations, and served as Reporter to the New York Pattern Jury Instruction (P.J.I.) Committee.