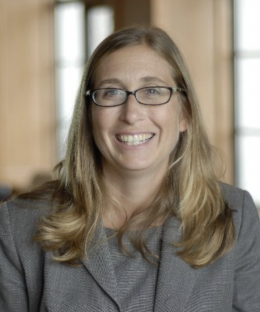 Cynthia Godsoe is Professor of Law at Brooklyn Law School. Professor Godsoe teaches courses in family law, criminal law, children and the law, sex crimes, professional responsibility and public interest lawyering. Her scholarship centers on the regulation of intimate behavior and gender roles through family and criminal law, encompassing topics including the path to marriage equality, the designation of victims and offenders in intimate violence, and the criminalization of non-conforming girls. Her recent work has appeared in the Yale Law Journal Forum, Alabama Law Review, and California Law Review Circuit, among others. The media, including the New York Times and Time Magazine, have consulted Professor Godsoe on juvenile justice and family law issues.

Before joining the Brooklyn Law School faculty, Professor Godsoe represented children and youth in impact litigation and individual cases in juvenile justice, education and child protection matters as an attorney at the Legal Aid Society’s Juvenile Rights Division and Advocates for Children, among others. Following law school, she clerked for Judge Edward Korman in the U.S. District Court for the Eastern District of New York and was a Skadden Public Interest Fellow. She was chair of the Juvenile Justice Committee of the New York City Bar from 2008-2011 and is currently on the board of Girls Education and Mentoring Service (GEMS), an organization serving girls and young women who have experienced commercial sexual exploitation and domestic trafficking. Professor Godsoe has an AB magna cum laude with distinction from Harvard College, and a JDcum laude from Harvard Law School.