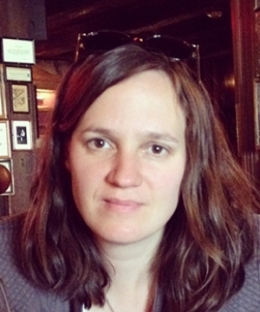 Amelia Wilson is a Staff Attorney and Research Scholar with the Immigrants' Rights Clinic at Columbia Law School. Prior to joining Columbia in July of 2018, she was an Attorney Advisor with the Justice Department’s “Executive Office for Immigration Review” (EOIR) where she managed a nationwide program that provided legal defense to detained, mentally incompetent non-citizens facing deportation before the U.S. immigration courts.

From 2010 – 2016, Amelia served as the Senior Detention Attorney at the Immigrant Rights Program of the American Friends Service Committee (AFSC) located in Newark, NJ. There she represented detained, indigent individuals and specialized in competency hearings, asylum law, and deportation defense for individuals with criminal backgrounds. She also taught immigration law at Rutgers Law School, and trial skills at Seton Hall Law School.

Amelia began her career as an immigration attorney in Chicago, IL in 2005 after graduating from the University of Minnesota Law School. During law school she worked at the Ligue des droits de l'Homme in Paris, France where she assisted refugees and asylum seekers navigate the French immigration system. She is licensed in New York