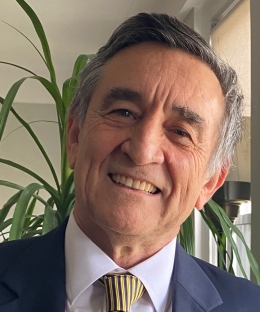 Alejandro M. Garro is an adjunct professor of law and a senior research scholar in the Parker School of Foreign and Comparative Law at Columbia Law School. He is also an Honorary Professor at the National University of Buenos Aires School of Law (UBA).

Garro's research and writing explores various aspects of comparative contract law, as applied in the context of international commercial arbitration and litigation. In his work on "Latin American Arbitration Law and Practice," Garro provides an overview of the different approaches taken by arbitration statutes recently adopted in some Latin American countries. In his book on “The Law of International Sales”, co-authored with Professor A. Zuppi, Garro discusses the law of international sales in light of the Vienna (U.N.) Convention on Contracts for the International Sale of Goods.

Before joining the Law School in 1981 as a lecturer in law, Professor Garro taught at Louisiana State University School of Law. While at LSU, Garro taught a first-year law course on Louisiana civil law and a senior course on secured transactions. From 1983 to 1985, he joined the Swiss Institute of Comparative Law in Lausanne as collaborateur scientifique. In 1993 and also in 2001, Garro was a visiting scholar at the Max-Planck Institute of Foreign and Private International Law in Hamburg, where he was in charge of the Chapter on “Land Registration” for the International Encyclopedia of Comparative Law. Garro has been a visiting professor at various universities in Europe and Latin America.

During the 1980s, Professor Garro consulted for the United States Agency for International Development (USAID) and the United Nations Development Programme (UNDP) on the improvement of the administration of justice in El Salvador, Costa Rica, Guatemala, as well as for the Institute of Liberty and Democracy in Lima on land registration. He contributed to the drafting of commercial arbitration laws for Bolivia and Peru, and to the preparation of a law on secured transactions for Puerto Rico. During the 1990s, Garro was a consultant to the World Bank on the reform of the law of secured transactions in Argentina and was a member of the working group preparing the UNIDROIT Principles on International Commercial Contracts. More recently, he has been a member of the UNIDROIT working group on a model law on factoring and advisor to the Argentine delegation before UNCITRAL.

Garro earned a J.S.D. from Columbia Law School, an LL.M. from LSU Law School, and a J.D. (abogado) from the National University of La Plata (Argentina). He is admitted to practice before the bars of Buenos Aires, Madrid, and New York.