On February 28, 2020, the Law School recognized two esteemed alumni, Jim Millstein ’82 and Franklin A. Thomas ’63, in the Ballroom of Cipriani 42nd Street. For inquiries, please contact Katrina Sullivan at 212-854-6486 or [email protected] 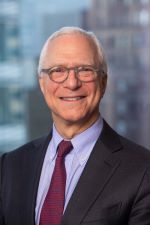 One of the most respected global advisors to companies, investors, and sovereigns on restructuring and recapitalization transactions, Jim Millstein is a turnaround specialist who has worked in Asia, Europe and throughout the United States. During the Obama Administration, Millstein served from 2009 to 2011 as the chief restructuring officer at the U.S. Department of the Treasury, where he was the architect of the successful restructuring of the American International Groups (AIG). He also oversaw several of the government’s investments in the financial sector that were made during the fiscal crisis.

His philanthropic activities are diverse and include his serving as a board member of the Weanitoge Heritage Land Trust, the largest of its kind in Connecticut, and as a board member of the Land Trust Alliance, a national conservation organization that represents more than 1,000 member land trusts. He serves on the Senior Leadership Council of Her Justice, which provides pro bono legal counsel for women living in poverty.

Millstein earned his B.A. in 1978 from Princeton University and an M.A. in political science from the University of California, Berkeley, before receiving a J.D. in 1982 from Columbia Law School where he was a Harlan Fiske Stone Scholar. Millstein serves on the advisory board of the Law School’s Ira M. Millstein Center for Global Markets and Corporate Ownership, which was founded by and named for his father, a 1949 graduate of the Law School, who received the Medal for Excellence in 2014. In 2016, father and son established the Millstein Public Service Fellowship that supports recent Columbia Law graduates working with the federal government in the area of financial regulation. In 2019, he co-taught a Law School seminar on private capital.

Franklin A. Thomas ’63
Consultant, The Study Group
and former President and CEO of the Ford Foundation

Franklin Thomas, former president and CEO of the Ford Foundation, is the first African-American to lead a major U.S. philanthropy. During his tenure at the foundation from 1979 to 1996, Thomas oversaw grants of more than $200 million annually to aid needy communities, finance educational and cultural institutions, support civil and human rights in the United States and around the world, and strengthen and empower policy influencing organizations. He is currently a consultant for and board member of The Study Group, a nonprofit that assists development in South Africa.

Thomas’s career is defined by public service. After graduating from Columbia College in 1956, he served in the Air Force until 1960, when he entered Columbia Law School, receiving his J.D. in 1963. He then worked as an attorney for the Federal Housing and Home Finance Agency, an assistant U.S. Attorney for the Southern District of New York, and deputy commissioner for legal matters for the New York City Police Department. In 1967, he was appointed by New York Sen. Robert Kennedy as president and CEO of the newly created Bedford-Stuyvesant Restoration Corporation, a non-profit involved in physical and economic development, where he served for a decade.

Regarded as an astute adviser on corporate and charitable matters, Thomas has been a director of Citicorp/Citibank, PepsiCo, Aluminum Company of America (Alcoa), Avaya, CBS, Inc., Cummins Engine Co. Inc., and Lucent Technologies. His other nonprofit work includes serving as chairman of the September 11th Fund, and on the boards of the Friends of the Constitutional Court of South Africa and the Nelson Mandela Children’s Fund. 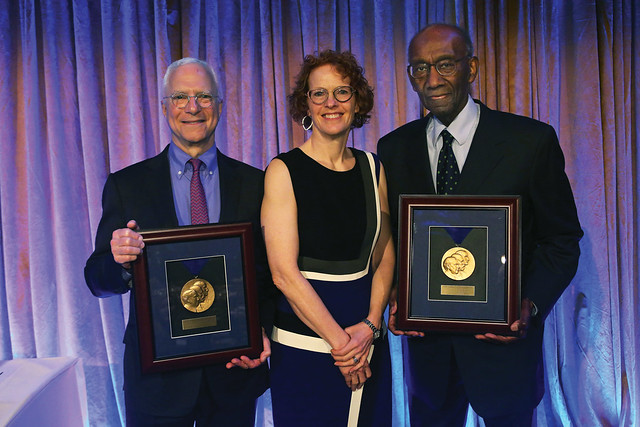 Jonathan D. Schiller ’73 is a co-founder and managing partner of Boies Schiller Flexner LLP and a member of the Columbia Law School Dean’s Council. One of the most highly regarded commercial litigators and arbitration lawyers in the world, Schiller has served as lead counsel in numerous high-stakes, high-profile cases. In recognition of his professional attainment and distinguished service, he was elected a fellow of the American Bar Foundation.

Among his many distinguished positions and roles, Schiller was a member of the Columbia University board of trustees (2009 to 2018) and served as trustee chair from 2013 to 2018. During that time, he led Columbia’s board through a pivotal period in the University’s history that included the opening of its new Manhattanville campus as well as establishing a national model in policies, personnel, and research addressing gender-based misconduct on campus.

Prior to founding his firm, Schiller was a partner at Kaye, Scholer, Fierman, Hays & Handler; Donovan, Leisure, Rogovin, Huge & Schiller; and Arnold & Porter. He began his career as a law clerk for Judge Charles R. Richey of the U.S. District Court for the District of Columbia.

Over the course of his career, Schiller has been recognized by numerous legal entities, including Super Lawyers (2008–2012); Law Dragon 500 Leading Lawyers in America (2006–2012); The Legal 500 (2007–2011); The International Who’s Who of Commercial Litigators (2011–2018); AmLaw Litigation Daily (2011); and Best Lawyers in America (2005–2010). He has been honored with Columbia College’s Alexander Hamilton Medal and John Jay Award for his distinguished service and professional accomplishment. Schiller was inducted into the Columbia University Athletic Hall of Fame as a member of the 1967–1968 Ivy League Championship Basketball Team and into the inaugural class of the Legends of Ivy League Basketball for his achievements and contributions to the Ivy League.

Schiller received a B.A. in political science in 1969 from Columbia College, where he was a member of the Blue Key Honor Society, and a J.D. in 1973 from Columbia Law School.

Nina L. Shaw ’79 is a partner of Del Shaw Moonves Tanaka Finkelstein & Lezcano, an entertainment law firm in Los Angeles. She practices in the areas of television, motion pictures, and live performance, and her clients include award-winning actors, writers, producers, and directors, as well as entrepreneurs and entertainment executives. Before co-founding the firm in 1989, Shaw was a partner of the law firm of Dern, Mason, Swerdlow & Floum and began her legal career at O’Melveny & Myers in Los Angeles.

Shaw is a Variety Dealmaker’s Impact honoree and has been named repeatedly to The Hollywood Reporter’s “Women in Entertainment Power 100” list. She is a recipient of the Women in Film Crystal Award, and in 2013 was named “Entertainment Lawyer of the Year” by the Beverly Hills Bar Association. In 2016, she was honored by Essence Magazine with its Black Women in Hollywood Power Award. In 2018, she was the recipient of the Global Women’s Rights Award from the Feminist Majority Foundation and the prestigious Judge Learned Hand award from the American Jewish Committee Los Angeles. In January 2019, Shaw was named to InStyle Magazine’s “The Badass 50” list of women changing America.

A founding organizer of the Time’s Up Legal Defense Fund, Shaw is an advocate for social justice. In a recent New York Times feature story, “She’s the Hollywood Power Behind Those Seeking a Voice,” Shaw was described as “a secret weapon, a behind-the-scenes power player adept at striking deals that cultivate freedom of voice.” She is also a vice president of the board of directors of the Independent School Alliance for Minority Affairs.

Shaw received a B.A. in 1976 from Barnard College and a J.D. in 1979 from Columbia Law School, where she was involved with the Human Rights Law Review and the Black Law Students Association (BLSA), which honored her with the Paul Robeson Distinguished Alumni Award in 2002. Shaw has served as a member of the Law School’s Board of Visitors and is trustee emerita of Barnard College.