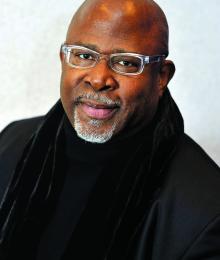 3 May through 19 July ROOM: JGH 103 This LL.M. seminar explores the interdisciplinary scholarship on "race," racism and law known as Critical Race Theory (CRT). The seminar will pursue two main, overlapping goals. The first is to introduce key concepts associated with CRT, and to examine modes and methods of inquiry critical race theorists have developed to investigate the uses of race and racial discourse in U.S. law. The second is to study three recent cases from the U.S., the United Kingdom and France in which claims and claim making about CRT emerged as an organizing framework, reference point and object of political mobilization and action beyond the boundary of legal thought and institutions (and in the case of the U.K. and France, beyond U.S. national borders). Weekly seminar meetings will focus on close reading, viewing, discussion or production of a broad range of materials: case law, statutes and administrative regulations; scholarly writing in law, history, politics, and social and cultural theory; the performance arts, film and video, journalism and new media platforms. By the end of the semester, seminar members will be able to (1) understand the key terms, genealogy and development of CRT as a scholarly movement; (2) recognize the main points of convergence and divergence between CRT and conservative, liberal and left perspectives on race and rights in the "post-civil rights" and "post-colonial" era; and (3) engage in comparative critical analysis of race and racial discourse as a locus of contemporary law and politics. Each student will be expected to write three six to eight page papers over the course of the term.

3
Back to course search