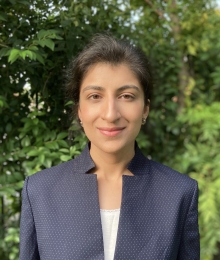 In recent years, increased economic concentration, rising market consolidation, and the growth of dominant firms across industries has spurred a rich discussion about the legal mechanisms available for checking and controlling private economic power. Scholars and lawmakers alike are rediscovering the antimonopoly paradigm that guided economic policymaking through the mid-twentieth century. This seminar will examine the antimonopoly tradition, tracing its historical roots and intellectual underpinnings and identifying the legal tools and policy levers that form the basis of the antimonopoly framework.

The first part of this course will revisit the antimonopoly debates that followed the wave of mergers and rise of industrial trusts in the late nineteenth century, exploring the competing goals that motivated distinct approaches to confronting industrial monopolies. The second part will explore the various legal principles and policy tools that comprised the antimonopoly toolbox, including corporate charters, antitrust law, public utility rules, and labor law, as well as specific regulatory regimes spanning railroads, telecommunications, and banking. The third part will examine the intellectual arguments that ushered in a shift away from the antimonopoly paradigm in the mid-twentieth century. The final part will review contemporary efforts to recover and build on antimonopoly principles for addressing large digital platforms and other dominant intermediaries.