Areas of Study
History and Philosophy of Law 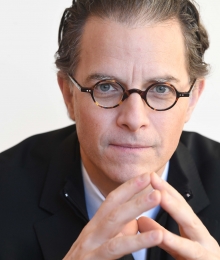 This seminar will focus, each year, on a different set of topics at the heart of contemporary critical thought in law, politics, and social inquiry. During the 2015-2016 academic year, the seminar focused on Michel Foucault's CollÃÂ¨ge de France lectures and produced the <a href="http://blogs.law.columbia.edu/foucault1313/">Foucault 13/13 series.</a> During the 2016-2017 academic year, the seminar focused on critical readings of Friedrich Nietzsche and produced the <a href="http://blogs.law.columbia.edu/nietzsche1313/">Nietzsche 13/13 series.</a> During the 2017-2018 academic year, the seminar focused on modalities of uprisings and produced the <a href="http://blogs.law.columbia.edu/uprising1313/">Uprising 13/13 series.</a>. During the 2018-2019 academic year, the seminar focused on the relationship between critical theory and praxis, and produced the <a href="http://blogs.law.columbia.edu/praxis1313/">Praxis 13/13 series.</a>. The upcoming seminar will return to the fundamental texts of critical theory to reread Adorno, Horkheimer, Foucault, Gramsci, Arendt, Fanon, Spivak, Althusser, Butler, and others, in order to examine the current state of critical theory and ask how contemporary critical thought and practice function in these troubled times. The graduate student seminar will be structured to frame a series of 13 formal seminars at which two or three guests, from different disciplines, will be invited to discuss the readings and present on the themes of the seminar. Each formal seminar will host specialists from across the disciplines, from Columbia University and from outside campus. It will also frame and interrelate with a Paris Reading Group that will run alongside the seminar. The graduate student seminar thus will serve as the vehicle to enrich the formal 13/13 seminars and support the intellectual apparatus that will accompany those formal seminars. It will also prepare entries for the blog of the formal seminars, host the scholars invited to participate in the formal seminars, and prepare questions and comments for the formal seminars. This seminar will function as an advanced graduate research seminar.

LLM Writing Project
(only upon consultation)

Other Limitations
Year-long seminar. Students will need to sign up for the full year to receive the 3-credits. Students wishing to attend only for one semester will receive one credit. Admission will require a paragraph statement of interest and instructor consent.

1
Back to course search