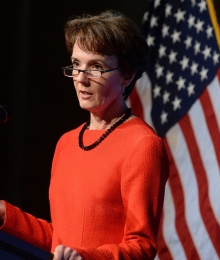 This is a core course in the Law School's human rights curriculum. After introducing the subject in the context of a case study on extraordinary rendition of terrorism suspects, the course examines the origins of the idea of rights from an historical, philosophical and analytical perspective. It then turns to the rise of the modern international human rights regime, including its origins and theoretical foundations, examines the basic international and regional human rights instruments and oversight and enforcement institutions, and considers remedies under both international and domestic law. The course considers the role of human rights law in the U.S. domestic system, as an example of the role of national law and institutions in securing human dignity. It also considers the human rights of women and refugees, the role of nongovernmental organizations in developing and protecting human rights, the relationship between international criminal law and international humanitarian law and human rights law, and the human rights responsibilities of business enterprises. The final segment of the course examines selected rights from a comparative perspective (including international, U.S., and other national approaches), including comparative approaches to such topics as the right to life and the death penalty, privacy, protection of economic and social rights, equality and privacy in the context of LGBT rights, and the protection of rights in counterterrorism efforts.

Instructor Pre-requisites
There is no prerequisite.